A radiographic image is formed by a controlled burst of X-ray radiation which penetrates oral structures at different levels, depending on varying anatomical densities, before striking the film or sensor. Teeth appear lighter because less radiation penetrates them to reach the film. Dental caries, infections and other changes in the bone density, and the periodontal ligament, appear darker because X-rays readily penetrate these less dense structures. Dental restorations (fillings, crowns) may appear lighter or darker, depending on the density of the material.

The dosage of X-ray radiation received by a dental patient is typically small (around 0.150 mSv for a full mouth series, according to the American Dental Association website), equivalent to a few days’ worth of background environmental radiation exposure, or similar to the dose received during a cross-country airplane flight (concentrated into one short burst aimed at a small area). Incidental exposure is further reduced by the use of a lead shield, lead apron, sometimes with a lead thyroid collar. Technician exposure is reduced by stepping out of the room, or behind adequate shielding material, when the X-ray source is activated.

Once photographic film has been exposed to X-ray radiation, it needs to be developed, traditionally using a process where the film is exposed to a series of chemicals in a dark room, as the films are sensitive to normal light. This can be a time-consuming process, and incorrect exposures or mistakes in the development process can necessitate retakes, exposing the patient to additional radiation. Digital x-rays, which replace the film with an electronic sensor, address some of these issues, and are becoming widely used in dentistry as the technology evolves. They may require less radiation and are processed much quicker than conventional radiographic films, often instantly viewable on a computer. However digital sensors are extremely costly and have historically had poor resolution, though this is much improved in modern sensors. 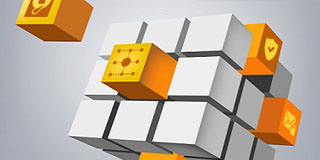